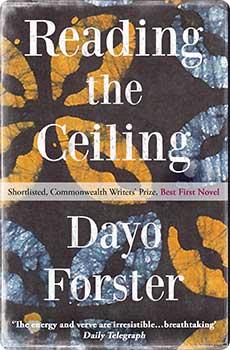 Ayodele has just turned eighteen and has decided, having now reached womanhood, that the time is right to lose her virginity. She's drawn up a shortlist: Reuben, the failsafe; Yuan, a long-admired schoolfriend; Frederick Adams, the 42-year-old, soon-to-be-pot-bellied father of her best friend.

What she doesn't know is that her choice of suitor will have a drastic effect on the rest of her life. Three men. Three paths. One will send Ayodele to Europe, to university and to a very different life - but it will be a voyage strewn with heartache. Another will send her around the globe on an epic journey, transforming her beyond recognition but at the cost of an almost unbearable loss. And another will see her remain in Africa, a wife and mother caught in a polygamous marriage.

Each will change her irrevocably - but which will she choose?

‘The energy and verve of Forster’s first few pages are breathtaking, and Ayodele is irresistible’ Daily Telegraph

‘a ... complex examination of potential futures ... Forster has written a thought-provoking series of narratives’ Financial Times

‘the tussle between fate and free will ... a warmly informed portrait of modern African womanhood’ Observer