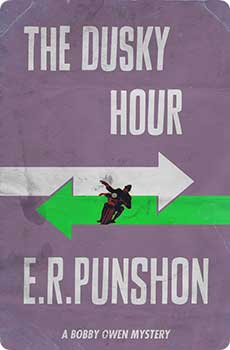 A man is found dead in the chalk pit. Who was he? And why did so many clues lead to that infamous London nightclub, the ‘Cut and Come Again’?

The hour of dusk was the climax in the strange case of the man found dead in the chalk pit. Who was the murdered man? And why did so many clues lead to that infamous London nightclub, the ‘Cut and Come Again’?

E.R. Punshon leads the redoubtable Sergeant Bobby Owen and his readers on a dizzy chase through a maze of suspicions to a surprise ending – though the clues are there for anyone astute enough to interpret them.

The Dusky Hour is the ninth of E.R. Punshon’s acclaimed Bobby Owen mysteries, first published in 1937 and part of a series which eventually spanned thirty-five novels.