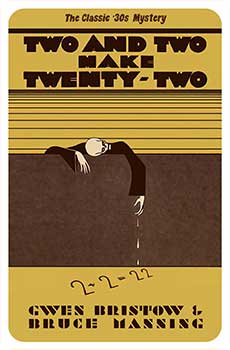 “A woman in a red raincoat killed Linton Barclay.”

“A woman in a red raincoat killed Linton Barclay.”

Paradise Island, the brightest spot of all playgrounds edging the Gulf of Mexico, caters gladly to those who can afford to pay well for their entertainment. Twelve miles from the mainland, it has, under the suave management of Brett Allison, come to be known for sports, gaming tables, and the Peacock Club.

For some time Federal authorities have suspected a connection between the Island and the increased activities in the drug traffic along the coast, but when Major Jack Raymond, stocky as the cigars he smokes, and Andrew Dillingham, scion of one of the south’s oldest families, are sent to investigate, they encounter in the person of lovely Eva Shale, whose wealth comes from an unknown source, an enigma of the first order.

A tropical storm, so common to the locale, which sweeps the island, brings with it a murder which fastens its suspicious fingers upon every resident of the Peacock Club—save Daisy Dillingham who does as she pleases, says what she pleases, and for years has been dreaded, adored and obeyed.