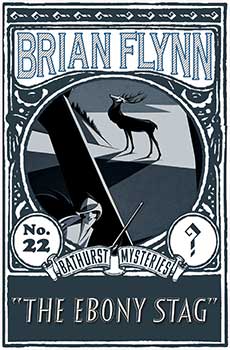 “Tell me, Doctor, could the wound have been made by the antlers of an angry stag?”

“Tell me, Doctor, could the wound have been made by the antlers of an angry stag?”

With Scotland Yard overstretched, Anthony Bathurst is recruited to investigate the death of seventy-three year old Robert Forsyth in the village of Upchalke. Forsyth had been brutally attacked in his home and stabbed through the chest with an unknown weapon.

As suspicions form that Forsyth was not who he claimed to be, Bathurst is troubled by a particular detail of the case. Why was a model of a stag, carved from ebony, carefully placed next to the corpse – and then smashed to pieces?

The Ebony Stag was first published in 1938. This new edition features an introduction by Steve Barge.