The Case Of The Extra Man 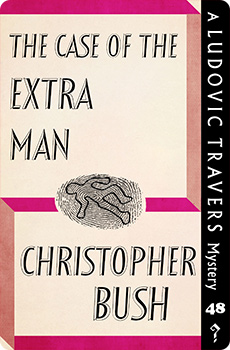 I never did like missing people. Far too often we’ve found them dead.

I never did like missing people. Far too often we’ve found them dead.

When that cheerful soul, Doris Bosford, asked Ludovic Travers of the Broad Street Detective Agency to trace her missing husband the case soon involved matters less innocent than a mere disappearance. Andrew Bosford had been a crooner, but investigation showed that his latest source of income seemed concerned with a smuggling racket that had its headquarters in France. With the discovery of a body on the seashore—the body of the last man to employ Andrew as a singer—Ludovic felt the time had come for him to drop Mrs. Bosford as a client.

But the threads were to be put back into his hands as the result of two apparently quite unconnected events, and Ludovic found himself in a situation where it was far from easy to serve the interests both of his clients and those of Scotland Yard. This results in one of the best and most distinctive of Christopher Bush’s mystery novels.

The Case of the Extra Man was originally published in 1956. This new edition features an introduction by crime fiction historian Curtis Evans.