The Case Of Alan Copeland 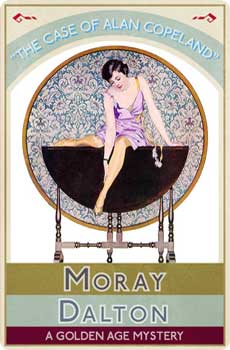 “I see you told her fortune. Had she a good hand?”

“There was death in it.”

“I see you told her fortune. Had she a good hand?”

“There was death in it.”

The inhabitants of the quiet English village of Teene are a mixed bag. The schoolmistress is an artist manqué, her quick brain wasted for lack of opportunity. There is old Mrs. Simmons at the filling station, gloating over her discreditable past, and bullying her flighty young daughter. The fastidious Reverend Perry is more interested in his books than curing souls, and his niece dreams of romance but wakes to deadly realities. The prim, self-satisfied Miss Gort does most of the work of the parish; and the harassed poultry farmer, an artist once, is driven to desperation by an elderly nagging wife.

When one member of this little circle dies, natural causes are assumed; but eighteen months later the word “murder,” whispered at first, becomes officially suspected. The evidence against one person seems conclusive, and the police make an arrest. But the trial takes an unexpected turn—and a second victim of the unknown killer is saved only just in time.

The Case of Alan Copeland, a classic court-room drama, was originally published in 1937. This new edition features an introduction by crime fiction historian Curtis Evans.