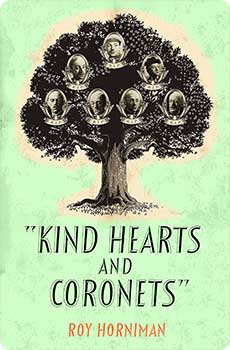 That man is fortunate who has the world against him.

That man is fortunate who has the world against him.

Israel Rank has many advantages and qualities which should enable an ordinary man to get through life quite successfully. But he’s not content to be an ordinary man. He’s a distant heir to the Gascoyne earldom, and he will not rest until he inherits it, lock, stock and barrel. One tiny problem: he must kill everyone in line before him, without getting caught. The result is an evergreen classic of blackly comic crime fiction.

First published in 1907 as ‘Israel Rank: The Autobiography of a Criminal’, the novel is probably best known as inspiration for the classic Ealing comedy Kind Hearts and Coronets, frequently voted one of the greatest British films ever. The novel itself remains a remarkably fresh satire that reverses conventional morality – a sympathetic comedy about a serial killer.

‘A superb thriller, but also a disturbing study in human nature. The narrative pace never slackens, thanks to the spareness and elegance of Horniman’s prose . . . (the novel is) over all too quickly.’ Simon Heffer