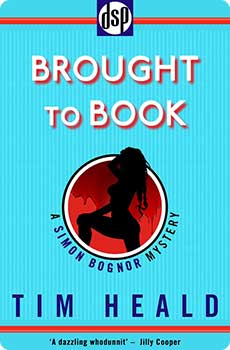 Bognor tries to understand how a publishing magnate could have been crushed by smut.

Before retiring for the night, Vernon Hemlock pours a brandy, lights a cigar, and takes a look at his cache of pornography. Far more than a wad of dirty magazines stashed under a mattress, this is a collection of some of the world’s finest erotica, dating back as far as a dirty doodle drawn by da Vinci. The millionaire publisher is perusing the Swedish section when the shelves begin to move. By the time he notices the walls closing in on him, it is too late. Vernon Hemlock has been flattened by filth.