The Case Of The Magic Mirror 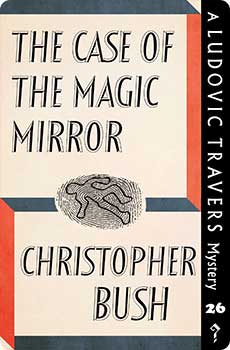 “Good God!” I was staring like a lunatic. “Murdered, you say? When?”

“Less than half an hour ago, sir.”

“Good God!” I was staring like a lunatic. “Murdered, you say? When?”

“Less than half an hour ago, sir.”

TRAVERS: “I don’t know why I should call this case that of the Magic Mirror for there’s nothing in it reminiscent of “Snow White and the Seven Dwarfs,” even if the mirror did do a certain amount of magical revelation.

“As a matter of fact the title is my obstinate own. In the first place, of the many murder cases with which I have been officially connected, this one which I am about to relate was easily the most unusual. On the face of it one could at first hardly call it a case at all, for its solution presented no difficulties. Then curious doubts arose, and the obvious was far from what it seemed, and finally the whole thing seemed incapable of any solution at all. Then when the solution did come, it was so absurdly simple that one doubted one’s sanity for not having seen it from the very first.”

The Case of the Magic Mirror was originally published in 1943. This new edition features an introduction by crime fiction historian Curtis Evans.