The Case Of The Tudor Queen 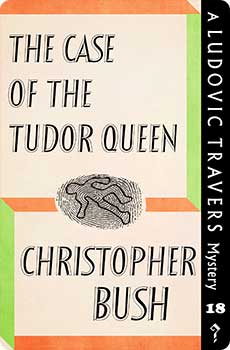 ‘I judge him to have been dead just about twenty-four hours. Suicide, almost certainly.’

‘I judge him to have been dead just about twenty-four hours. Suicide, almost certainly.’

Ludovic Travers polished his eyeglasses. Inspector Wharton grunted—sure signs of impending mystery. And they were right.

The car took the wrong turning and landed them in double murder dressed as suicide. In one room, made up for her principal success, Mary Tudor, was Mary Legreye—poisoned on her throne. In the next, the handyman—dead on the floor. Nothing initially justifies arrest—but Travers pursues his hunch, breaks a cast-iron alibi, and justifies, as never before, his reputation for unerring intuition.

The Case of the Tudor Queen was originally published in 1938. This new edition features an introduction by crime fiction historian Curtis Evans.

“The visionary Travers seems to be crooning to himself with considerable justice: ‘We are the alibi breakers; we are the dreamers of dreams.’” Observer