The Case Of The Chinese Gong 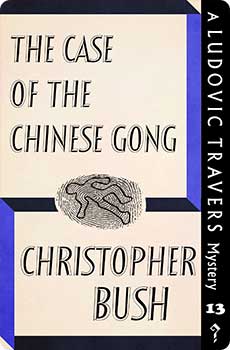 “Murder is easy. It’s child’s play to commit murder and get away with it.”

“Murder is easy. It’s child’s play to commit murder and get away with it.”

Unpleasant uncle Hubert is murdered while playing cards—and surrounded by any number of relatives who stand to gain by his death. An impossible crime, it seems, though it turns out three of his nephews were intending to despatch the old tyrant anyway! In this classic country house whodunit, the redoubtable Ludovic Travers will have to wade through a quagmire of clues and red herrings, and employ his most impressive deductive powers if he is to unmask and prove the murderer.

The Case of the Chinese Gong was originally published in 1935. This new edition features an introduction by crime fiction historian Curtis Evans.

“Those who like difficult puzzles will find it wholly satisfactory.” New York Times