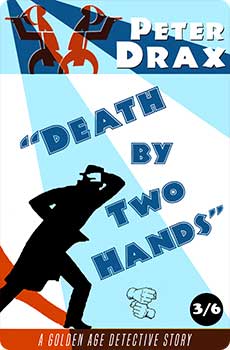 Chalk Street, Camden Town, is the busy scene for all kinds of commercial activity – some legal, some a little less so. By day, local crime boss Mr. Rivers works as a market trader, but gladly turns his attention to the potentially lucrative theft of fox-skins in the countryside. However, what should have been a simple robbery leads to a string of murders, and a Scotland Yard investigation, led by Chief-Inspector Thompson. A case in which one of the clues is no fox, but a fat brown mouse …

Death by Two Hands was first published in 1937, and has remained out of print until this new edition. It includes an introduction by crime fiction historian Curtis Evans.