He Shot To Kill 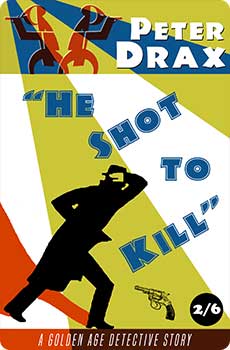 His arms were hanging down, but his face was turned upwards. For the first time Johnny saw a dead man.

His arms were hanging down, but his face was turned upwards. For the first time Johnny saw a dead man.

Colonel Meroy is a prosperous pillar of the landed gentry. But his neighbours would be shocked to learn he’d started out as a London pickpocket, and still earns his income from a career in smoothly organized robbery. Now he’s hit a perilous snag – his latest job means going up against the rival and ruthless Luvello gang for a fortune in gold bullion, and even risking the safety of his own son. When a river policeman is killed, Inspector Thompson of Scotland Yard is drawn into the case, and he always gets his man …

He Shot to Kill was first published in 1936, and has remained out of print until this new edition. It includes an introduction by crime fiction historian Curtis Evans.