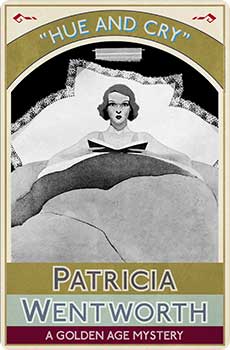 “I hate him worse than I hate snails, and worms, and slugs, and spiders with hairs down their legs…”

“I hate him worse than I hate snails, and worms, and slugs, and spiders with hairs down their legs…”

Bride-to-be Mally was an unlikely fugitive from the police. It only happened because she became governess to millionaire Sir George Peterson’s little girl, Barbara. Barbara hated Pinko, her father’s slug-like secretary; and Mally had to agree. But Pinko liked Mally—he wanted her; and if Pinko wants anything he can’t have he is apt to be unpleasant. So when, a few days later, the Mogul’s priceless diamond was found in Mally’s possession, the Slug was delighted. It was his chance. He had made a terrible mistake and now he could blame it on Mally. After all, if she had stolen the gem, they would believe anything of her…

Molly’s escape from one dangerous situation leads her into a lethal criminal conspiracy in this classic mystery thriller, originally published in 1927. This new edition features an introduction by crime fiction historian Curtis Evans.

“When I pick up a book by Patricia Wentworth I think, now to enjoy myself—and I always do.” Mary Dell, Daily Mirror