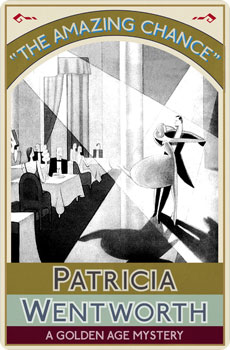 Ten years! He had been dead ten years!

Ten years! He had been dead ten years!

Uncannily alike in appearance were the twins, Jim and Jack Laydon. Both, too, loved beautiful Evelyn Prothero. For three mad, ecstatic days early in the Great War, Evelyn had been engaged to Jack. Then the engagement was broken, for reasons the girl chose never to make public. Soon after, she abruptly married Jim, but no one who saw it could ever forget Jack’s face during the ceremony. A week later, on the same day, in the same raid, both brothers went missing. Now, ten years later, Evelyn is still a widow grieving – some say for Jack, some say for Jim.

Then suddenly in Germany a mute peasant is struck on the head. When he recovers consciousness he claims his name is Laydon – Jim or Jack, he will not say. And how is Evelyn to know, when every distinguishing trait has been lost? Who – Jim, Jack, or A.N. Other – has grasped at a chance for a new life, and what steps has he taken to live it?

The Amazing Chance was originally published in 1926. This new edition features an introduction by crime fiction historian Curtis Evans.

“When I pick up a book by Patricia Wentworth I think, now to enjoy myself—and I always do.” Mary Dell, Daily Mirror