‘Never fall in love with a house!’ 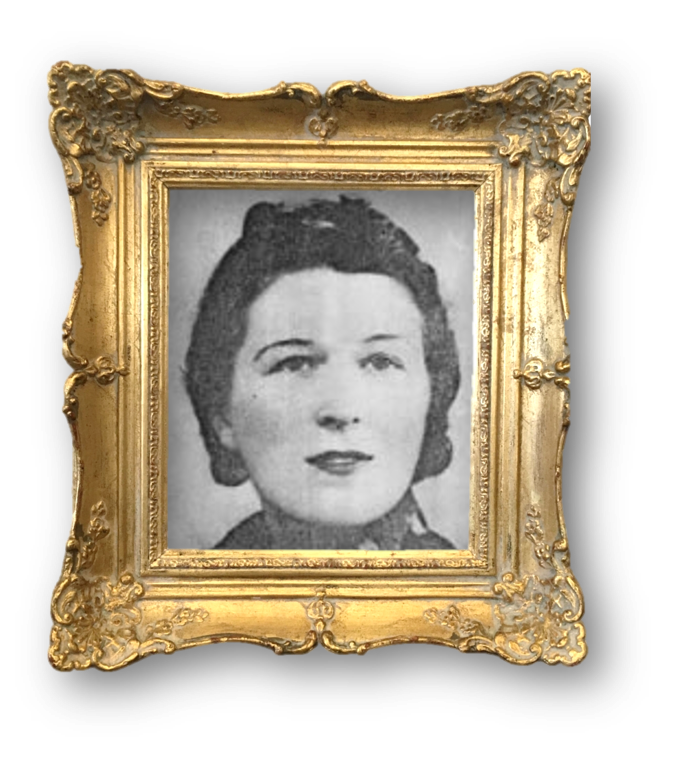 In times of crisis, dreams flourish to keep the spirits fired. So, during the years of World War II. In A House in the Country, four men and two women, tired of blackouts, powdered eggs and cramped air raid shelters, fantasise about moving out of London to a baronial manor house “with acres and acres of gardens” and its own river. “This is a cautionary tale and true,” writes Ruth Adam who based the novel, published in 1957, on her own post-war experience of living communally with several other families. “Never fall in love with a house.”

Together, Ruth and her glamorous co-residents including her unnamed husband, (Kenneth Adam who later became Director of the B.B.C.), their three children, Ruth’s brother, Bob, in the R.A.F., Diana, a West End actress, Lefty in the navy and Timmy, a “golden-voiced” broadcaster, conjure a rural refuge with “red-flagged floors and hams hanging in the kitchen” where they will be serenaded by bird song not air raid sirens and enjoy nature, privacy and space. War over, in the personal columns of The Times, they find their idyll.

The house is in Kent, built in Tudor times by Flemish weavers with the curved gables of their homeland. It has 33 rooms, a resident bat, a temperamental insatiable geriatric boiler and five kitchens. It is home to lilacs and roses and swallows in the stable. Over the years, its powers of seduction ensnare not just the small band of Londoners but also a succession of domestic staff, weekend visitors, foreign paying guests and tenants. The whole is presided over by the magnificent figure of Howard, the head gardener.

Howard had served the previous owner, the Colonel, beginning as a page boy. He marries the kitchen maid and the pair rise through the ranks. As cook, she is renowned for her crab apple jelly and artichoke soup. After the Colonel’s death and on behalf of the trustees, Howard has tended the empty house through the long years of the war. He confides to Ruth, “I fixed for you to have it but don’t you say nothing to nobody . . .” “Don’t you say nothing . . .” is Howard’s favourite opener to every conversation with Ruth which usually concerns him fixing something: leaks, the boiler, the Colonel’s daughter seeking return of linoleum, fire extinguishers and the Cox’s apple trees (the latter without success).

Ruth decides Howard understands that her group has “no ambition to masquerade as the squirearchy”, instead, “we longed for the good life of the English country . . . the pinnacle of domesticity”. Domesticity up to a point, she discovers.

While the other residents earn a wage necessary to pay for the lease, Ruth slaves, clocking up 126 hours a week, on the land, in the house, in the dark pokey scullery with its back breaking sink where she imagines many a scullery maid must have spent her whole day washing up for her “betters” above stairs. The dream of rural life begins to splinter as Ruth fails to fulfil all her tasks, “the rooms became thick with dust, baths sticky with tide marks.” 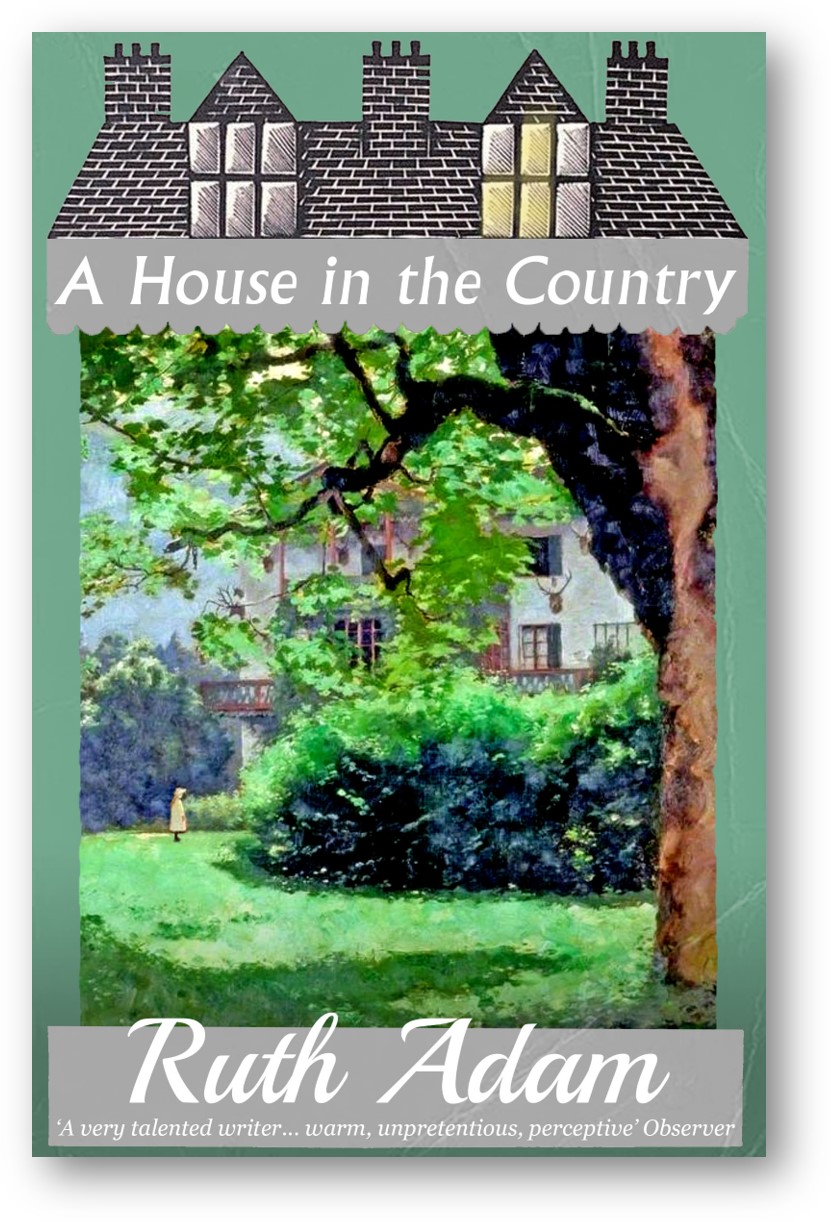 Ruth Adam was an extraordinary woman. A former teacher, she was a feminist and a socialist. She wrote radio plays, several novels, most concerning social issues such as the plight of girls in care. She also wrote two long running strips in Girl comic, about young women who were brave, resourceful and clever. Her final work, A Woman’s Place, a history of women’s lives in the twentieth century was published in 1975. She died two years later.

A House in the Country is enchanting, wise and funny. It is set at a time when the country is in transition moving from the pre-war deferential, class conscious society of “us” and “them” to the birth of the N.H.S. and the welfare state and “an exhilarating feeling that we were launched on a new world”. The novel is a cameo of those times, full of snapshots of the social and political contradictions, as the past drags hard on the present.

Soon after the London group arrive, for instance, Howard takes Ruth for a private conversation to the greenhouse, illicitly kept warm through the war. What flowers would she like “for the table this summer”? Democratically, Ruth attempts to engage Howard in consultation. He is firm: “The mistress always decides the flowers”.

In another example, Howard despises the nearby village and all its occupants for unclear reasons – rural idylls always have their mysterious feuds and enmities. Undaunted, the Londoners visit the local pub, and meet with “the bristling hostility proper towards newcomers in the country”. However, the hostility persists. It emerges that it’s because Ruth’s daughter Jane has been sent to the local primary school and that is considered no place for “a child of the manor”.

Gradually, Ruth, metaphorically haunted by the ghost of the little scullery maid, comes to a realisation. “I began to think our experiment did not deserve to succeed. . . . the gracious life in the front wing, after all, depended entirely upon service in the back wing, and it didn’t seem a justifiable way of living”.

The spell, however, is hard to break. Colin, aged four, receives a countryman’s apprenticeship from Howard. Howard shows him how “to wring a chicken’s neck . . . kill snakes in the long grass, use a bill hook on nettles and build a hen house from discarded wood. . . . Every boy should have a year at the heels of an old craftsman sometime in his life.”

In addition, there are the unfolding seasons. Adam is striking in her imagery: “narcissi were treading on the heels of the daffodils; primrose queueing for attention in the grass”. Ruth’s domestic burden is eased when maids, Mollie and Noah arrive and expertly take over the running of the house. Labour minister, Barbara Castle (one of many exotic weekend guests) advises on their terms and conditions – a forty hour week, double pay for overtime. Adams writes, “The ghost of the little scullery maid was laid at last.”

Over the eight years, the group disbands, Ruth and her husband try alternative sources of income such as renting out half the manor and Howard retires, choosing as his successor Morris on the basis of the lashing tongue of Morris’s wife. The ideal situation for the gardens is “a scold in the gardener’s cottage and an eternally pottering exile outside it.”

Eventually, a decision has to be taken. New tenants are found. The Adams make a bonfire of the furniture and contents they are unable to sell or give away and the villagers assume they have set fire to the manor. Back in London and for months after, the couple struggle to pay off their debts. “The manor stretched out her hand and kept us enslaved,” Ruth Adam writes.

Her memories have turned sour but such is her skill, the manor’s rural spell for readers remains intact.

Excerpted from the introduction by Yvonne Roberts to A House in the Country by Ruth Adam (Dean Street Press, August 2020)
© Yvonne Roberts, 2020