Such is Life: In defence of happy endings 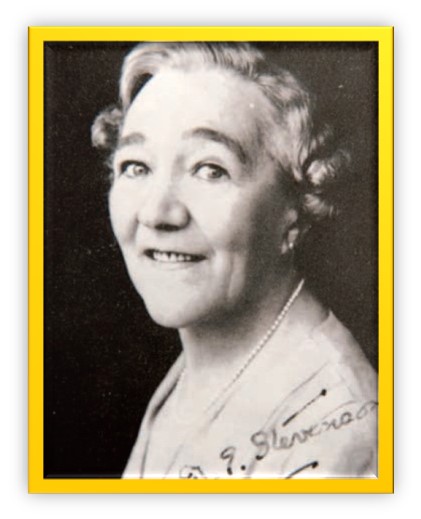 A common, and usually critical, stereotype of middlebrow fiction is its tendency for happy endings. In the quintessential mid-century middlebrow novel, conflicts are neatly resolved (often with a marriage or reconciliation), leaving the world of the text pleasantly at peace. Critiques of middlebrow culture, such as Dwight Macdonald’s damning “Masscult and Midcult” (1960), complain that “magically resolving” conflict only creates a representational gulf between fiction and messy reality. Indeed, Virginia Woolf famously took issue with the ‘lie’ of middlebrow writing in a letter she wrote – but never posted – to the New Statesman in 1932. Writing in response to the raging ‘Battle of the Brows’, she scathingly described middlebrow fiction as a ‘mixture of geniality and sentiment stuck together with a sticky slime of calves-foot jelly’.

But what is so wrong with geniality and sentimentality? If real life is chaotic, uncertain and often sad, then there is certainly a place for fiction that plays out differently (and a recent report in the Guardian showing that we have doubled the time we spend reading since lockdown began confirms that many of us turn to books in times of distress). Middlebrow writers who construct harmoniously happy endings are not ignorant to the trauma of real life. Tom Perrin’s study, The Aesthetics of Middlebrow Fiction (2015), argues that the unrealistically happy ending is a conscious decision, a tacit agreement between writer and reader that ‘what he or she is reading is a comforting fantasy about their problems’. Perrin’s study demonstrates the feel-good value of tying up loose ends in a bow, but it also highlights self-awareness as an important and often overlooked aspect of the genre.

D.E. Stevenson (pictured top left) is perhaps the most obvious example of a middlebrow writer whose work has a strong metafictional undercurrent (Miss Buncle’s Book follows the story of a woman who fictonalises her neighbours’ lives as material for an amusing novel) but she is not alone in playing with the conventions of the genre. At the end of Celia Buckmaster’s Family Ties (1952), a novel centred on familial relationships in a fictional village, the omniscient first person narrator moves systematically from one character to the next, ironing out all outstanding conflicts from an under-attended church service to a ditch that needs filling in. Commenting on the unfortunate alcoholic fate of one minor character, she writes breezily ‘but she was happy. What more can one say?’. The question is almost a challenge, daring the reader to take issue with her series of comically unrealistic resolutions. Buckmaster’s undeniable authorial presence (established at the beginning of the text with a confident assertion of who her hero will be) makes her happy ending all the more interesting; though aspects of her writing are wonderfully sharp and perceptive to the subtleties of real life, she also seems to be relishing its fictionality. 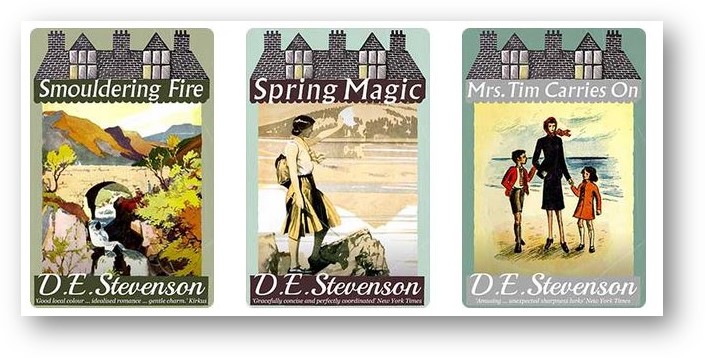 At the centre of Buckmaster’s text is a tea party scene rendered with such patience that it seems to happen in real time; by the final pages, however, she speeds through the biographies of an entire cast of villagers at dizzying pace. Of Monica – a baby born in the penultimate chapter – she writes, ‘in the end she ran away with a man twice her age, had identical twins – girls, and two years after, a boy. She called him Charles. Such is life.’ Her tying up of loose ends conforms entirely to middlebrow convention, but she does so while simultaneously drawing attention to the unrealistic nature of her story’s ending. When she writes ‘such is life’, the flippancy seems intentionally playful. Perhaps what she really means is ‘such is fiction’: the relentlessly harmonious solutions to the novel’s conflicts are the opposite of the world we live in, and Buckmaster is entirely conscious of this irony.

A similar device is at work in Dorothy Evelyn Smith’s Miss Plum and Miss Penny (1959), a story that follows the turbulent relationship between two women after one (Miss Penny) rescues the other (Miss Plum) from a suicide attempt. Alison Penny overcomes a traumatic ordeal by musing on the ‘small, dear, familiar things’ that make up everyday life, coming to the reassuring revelation that ‘the immediate past was a nightmare from which she had awakened, an illness from which she had made a sudden and complete recovery. The past of long ago was once more established in the golden mists of a comfortable nostalgia.’ Unlike Stevenson and Buckmaster, Smith does not go out of her way to tidy the anguish of the novel’s climax, but rather leaves her heroine musing on the fact that life ‘was a strange affair but, on the whole it was good. Very good indeed’. Smith’s ending is not exactly realistic (for one thing, Miss Penny’s ‘sudden and complete recovery’ seems rather improbable given the emotional toll that she has endured), but it doesn’t have to be: beneath her revelation is a metafictional acknowledgement that ‘comfortable nostalgia’ is one of the functions that the middlebrow genre performs. The conclusion of Smith’s novel is not just a happy ending, but also a reflection on what happy endings are for.

Critiques of middlebrow fiction are often insultingly generalising, and Woolf’s is no exception. Though she may have been right that geniality and sentimentality are near-universal qualities of the genre, her scathing analysis is deliberately blind to the nuanced way that these characteristics are deployed. Writers like Stevenson, Smith and Buckmaster combine astute observation of the world around them with wilfully unrealistic coincidence because that is one of the purposes and the joys of fiction. And as for the calves-foot jelly – it hasn’t yet made an appearance in the middlebrow novels that I’ve read.