The Splendid, The Vile, and The Lockdown 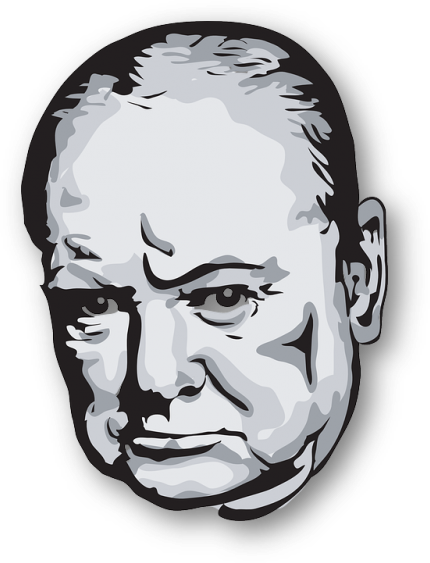 Difficult as it is to think of World War II as anything other than vile, Erik Larson, in his new historical biography The Splendid and the Vile, wonderfully reminds us that even in the most dire of situations, splendid acts of courage, leadership and national unity will eventually lead to victory. As the detailed, nonfiction narrative of Churchill’s first year in office unfolds, we have an unexpected insight into the complex family, life and relationships of perhaps one of Britain’s most notorious prime ministers, as he navigates the utter devastation of the Blitz with a fearless leadership that laid the foundation for his legacy.

With stunning clarity gained from extensive research, Larson skilfully weaves diary entries, factual accounts and recently released secret intelligence reports into delicate prose that emphasises the adoration from the British public for Churchill whilst also revealing the scrutiny and scepticism of his many critics. It is his fearlessness and utmost confidence in victory that the British public now yearn for more than ever, as years of political unrest in the UK reach their climax during the COVID-19 pandemic.

As today we enter its 80th anniversary, it seems that nostalgia for ‘Blitz spirit’, which is so often exploited by the media in times of crisis, has only become more prominent as Britain struggles to fight a new, invisible killer. With adverts and headlines telling us to ‘Stay Home, Protect the NHS, Save Lives’, the government once again adopts wartime-like propaganda to encourage the public to sacrifice their normal lives for the sake of the greater good. Though today’s battle with COVID-19 is altogether different to the horrors of the Blitz, it is interesting to see how Britain, a country known for its stiff upper lip, remains insistent on adopting an almost arrogantly stoic attitude in its dealing with national crises. Often, the most vital, fragile parts of the human condition are brushed over, or ignored, leaving many tragedies dangerously unaccounted for and unfairly ameliorated when recounted in the future.

I think that is what continually draws us back to historical fiction and non-fiction as readers: there is a sense of nostalgia and real-life for us to draw courage from - a reassurance that there were once real people who lived through abhorrent periods of history, which must surely have felt like the end of the world at the time. Yet here we are in the present day, safe in the knowledge that our country survived.

In his afterword, Larson states that “when you look at the past through a fresh lens, you invariably see the world differently and find new material and insights, even along well-trodden paths.” This is certainly reflected in The Splendid and the Vile, and many of the Furrowed Middlebrow titles of Dean Street Press, as World War II is explored and told with new perspectives - through character driven plots that deal with the intricacies of Londoners’ day-to-day lives during the Blitz.

Take The House Opposite by Barbara Noble, for example, a romantic drama in which the Blitz is experienced through the revelation of a secret love affair. Reading in today’s context, it is uncanny to note the 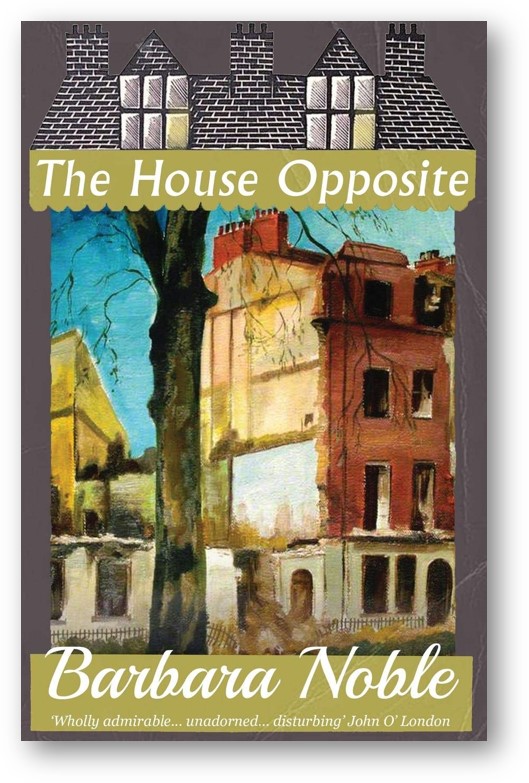 parallels that can be drawn from that striking period of history to the one that is being forged presently. Noble paints a picture of an ordinarily busy Oxford Street, now almost deserted and tinged with a fear that originates from, and is fuelled by, separation – of “the inadequate protection of bricks and concrete, the far greater protection of dispersal.” Nights of air raids are illustrated through the accounts of various characters who are kept awake by noise and fear, those who are still saturated by the trauma and guilt of being unable to save everyone they could in the previous war. Each new morning is spent trying to achieve some sort of regularity, as the press attempts to sugar-coat each attack for the benefit of those outside of the capital.

In this sense, then, Blitz literature reminds us that despite the hardy slogans that have remained rooted in our repertoire, there are countless layers of pain, trauma, instability and confusion that must be carefully navigated before any semblance of ‘normal life’ can commence. In fact, it is only after readers are exposed to some of these layers, that they can begin to understand how the woeful effects of them meant that most citizens would never return to life-as-they-know-it again. Most vital of all though, is that this literature reiterates the importance of acknowledging each other’s struggles and understanding that it is only through love and solidarity that we can overcome such difficult circumstances to adapt to a new sense of normality.