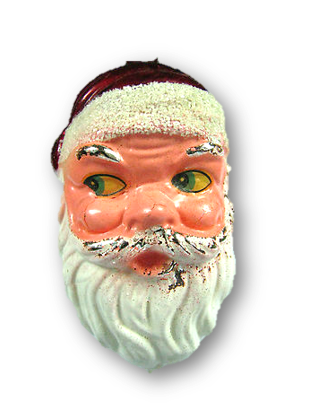 It’s beginning to look a lot like Christmas here at the cozy offices of Dean Street Press; the halls are decked, the gifts are wrapped, our epic vintage holiday music playlist has us humming along to Bing Crosby, and each day concludes with a warming cup of mulled wine that our company director expertly brews in our little office kitchen. I am so overwhelmed with the holiday spirit that I’d much rather not be working, but instead, snuggling down with one of Dean Street Press’s Golden Age Christmas Mysteries.

Molly Thyme’s The Crime at The Noah’s Ark (1931) couldn’t be any more Christmassy, with its glamorous cast marooned by bad weather at the Noah’s Ark inn, each forced to spend the holidays suspecting each other of murder. This year, Dean Street Press was thrilled to discover and republish the work of prolific author Brian Flynn, including his 1929 seasonal mystery, Murders Near Mapleton. Set on Christmas Eve, we know 'the butler didn't do it', because the butler is the victim (well, one of them), and this intriguing, twist-filled tale will have you turning the pages into the small hours.

Having devoured both of the above, you'll surely be in need of more Christmassy country house murders, and Christopher Bush’s ingenious mystery, Dancing Death (1931), find its characters again holed up in the snow in a rather grand English manor to which they have been summoned to a costume ball on New Year’s Eve, and E.& M.A. Radford's Who Killed Dick Whittington (1947) sends us into the world of traditional British Christmas pantomime, the actress playing The Principal Boy meeting her end on stage and in full view of the audience. Not only is this an exeedingly satisfying mystery, but an illuminating look at English theatrical life in the 1940s.

All of these titles are available through Amazon as paperbacks and e-books, and both have introductions by noted crime historian Curtis Evans.

I’ll be gifting these titles to the Golden Age Mystery fans on my Christmas list, along with a little, muslin bag of the Dean Street Press mulled wine spice blend.

Although Dean Street Press is best known for its Golden Age Crime Fiction, Furrowed Middlebrow publications, and Golden Age Hollywood biographies, we have one or two interesting outliers (published for no other reason than a personal affection), one of which is The Festival of Christmas by Laurence Whistler. Written in the late 1940s, Mr. Whistler set out to document the origins and history of the holiday’s traditions, many still with us, some lost to time (but certainly worth reviving). Clearly a lover of Christmas, Mr. Whistler’s prose is as warm as the season itself, all of it enhanced with beautiful illustrations by Robin Jaques and Joan Hassall.

We'll let you get on with your turkey buying, tree trimming, and stocking hanging in the knowledge that, if you a friend or a family member on your gift list who loves good books, Dean Street Press is a pretty substitute for Santa.