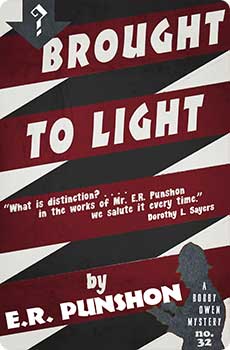 The stage was set, Bobby thought, the actors in position; but how the drama would develop, that he could not even guess.

The stage was set, Bobby thought, the actors in position; but how the drama would develop, that he could not even guess.

The churchyard at Hillings-under-Moor is the final resting place of Janet Merton – buried, so everyone believes, along with celebrated poet Stephen Asprey’s unpublished verses and love letters. The potential value of the poems has posed a constant danger of grave-robbing, but the Duke of Blegborough has a new cause for alarm. He has heard that there is an official move to open the grave, and its contents may shed a most unwelcome light on his dead wife.

Bobby Owen of the Yard also discovers the former rector of the church, Rev. Thorne, had gone for an evening stroll two years earlier – and disappeared into thin air. Whether his disappearance was in connection with the contents of Janet Merton’s grave is something Bobby will come to find out, with the help of Edward Pyle, of the Morning Daily, Janet Merton’s formidable niece Christabel, John Hagen (church sexton and self-taught classical scholar) and a man named Item Sims.

Brought to Light is the thirty-second novel in the Bobby Owen Mystery series, originally published in 1954. This new edition features a bonus Bobby Owen short story, and an introduction by crime fiction historian Curtis Evans.